HydroChem has a long association with the Richmond Football Club.

In the 1990s when football players were semi-professional, a number of Richmond Football players worked as Service Technicians between training sessions due to the flexibility of the role.  These players include Craig Lambert, Chris Naish, Paul Bulluss, Bruce Lennon, Mark McQueen, Todd Menegola, Allister Scott and Mark Merenda.  At one stage, a fifth of HydroChem’s 30 Service Technicians, comprised Richmond football players.  Tony Ventura, Facilities Manager, and Greg Downing, Director, reminisce fondly about the 1993 season, where all 6 Richmond players (and HydroChem employees) played at the MCG in rounds 1 and 2.  Round 1 Richmond lost to Adelaide and in Round 2 Richmond won against Brisbane.

“Back in the 1990s most AFL players still needed to work a full-time job. We gave them the flexibility to attend training a couple of days a week whilst still working full-time” says Nick Duncan, CEO. 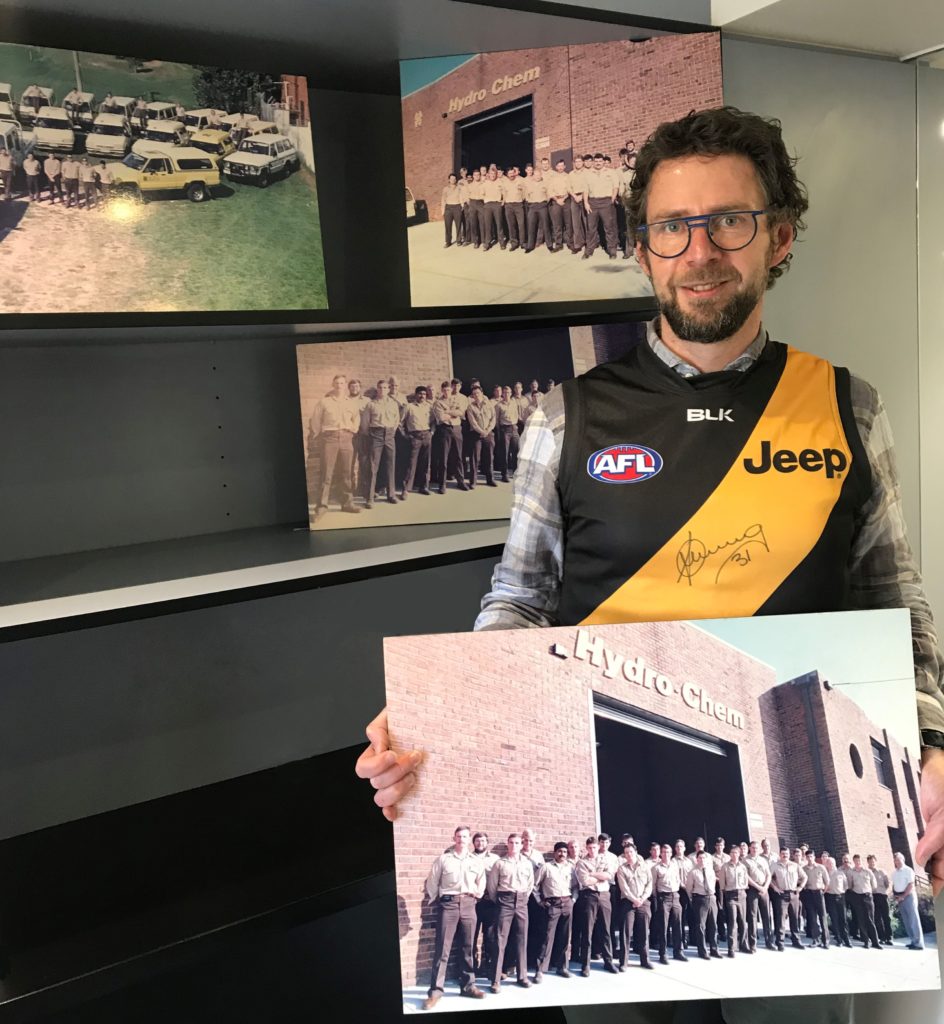